This project was created for a 3D Design class. It is an exploration of creating three dimensions out of two dimensional media, using a variety of techniques. We were encouraged to include an element of personal value in the project. Being a tabletop gamer, I decided to create a d20 (an icosahedron), the emblematic die of Dungeons & Dragons.
In this case, I have used 4-ply Bristol paper to create an icosahedron and the stage on which it sits. Behind it is crumpled and twisted tracing paper. The tracing paper represents the movement of rolling the die.
After a baker's dozen of prototypes, I enlisted the help of the man who literally wrote the book on custom 3D packaging, Paul Jackson. He helped me with my initial design, and his help yielded a far more robust icosahedron. 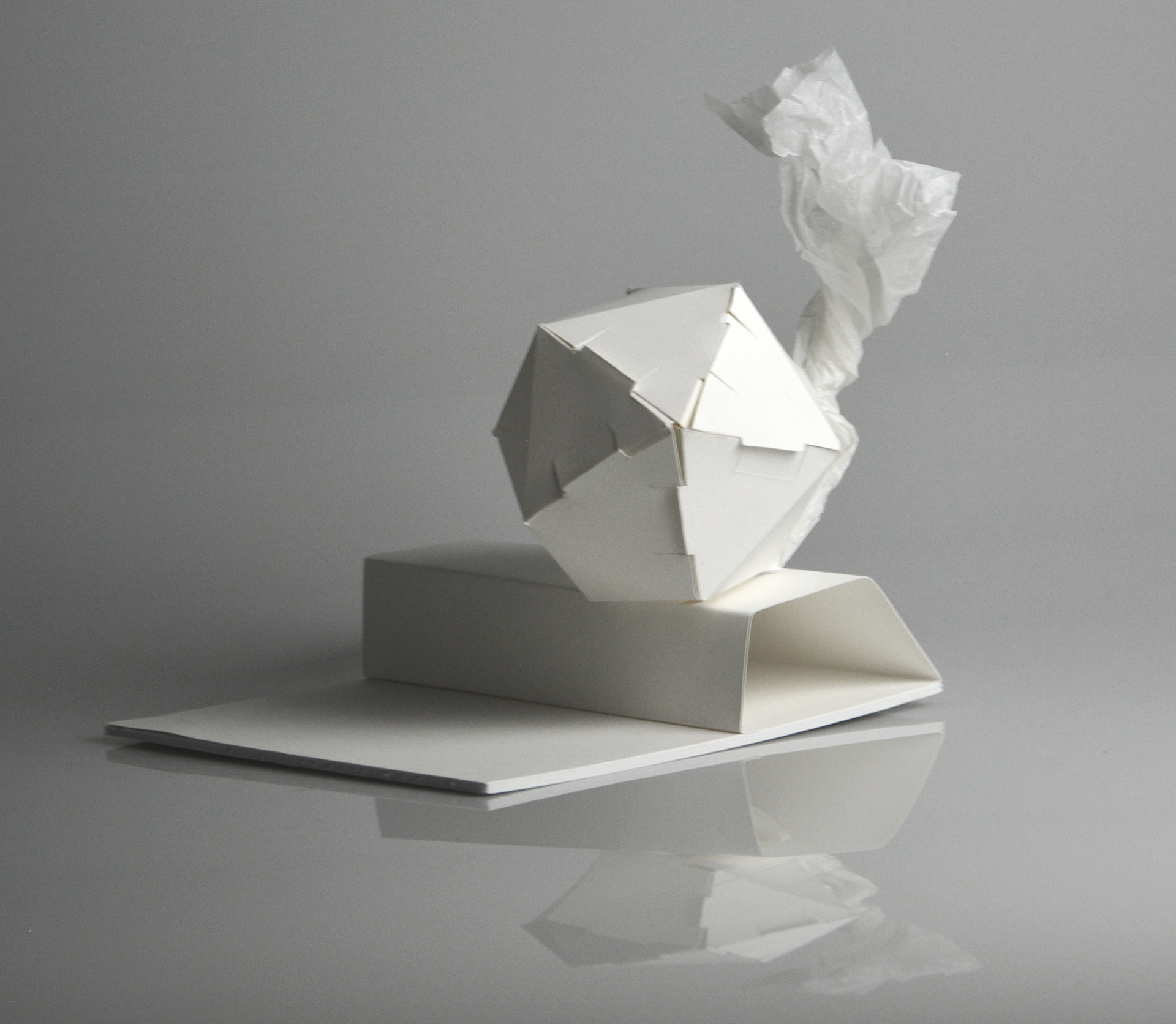 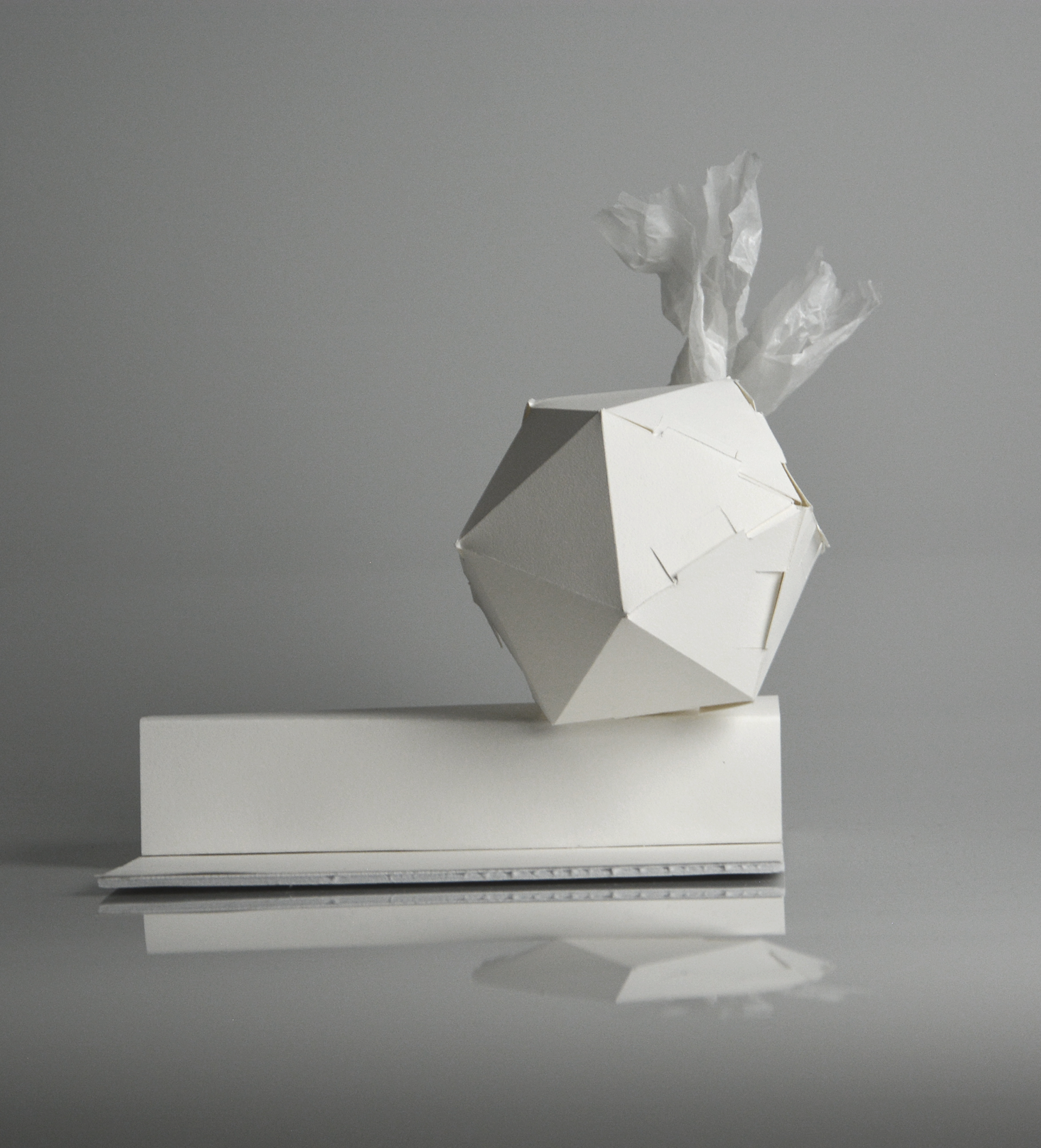 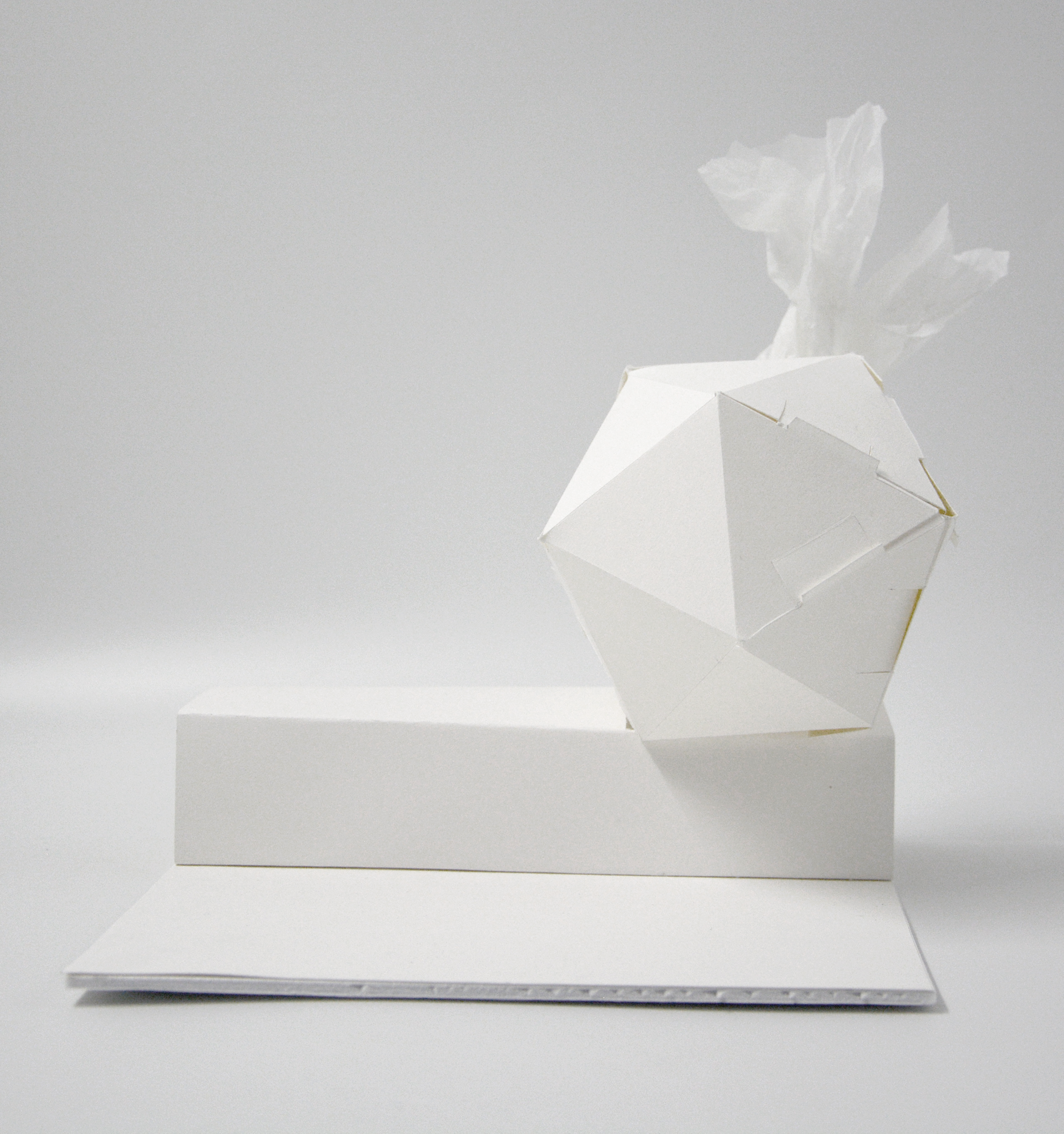 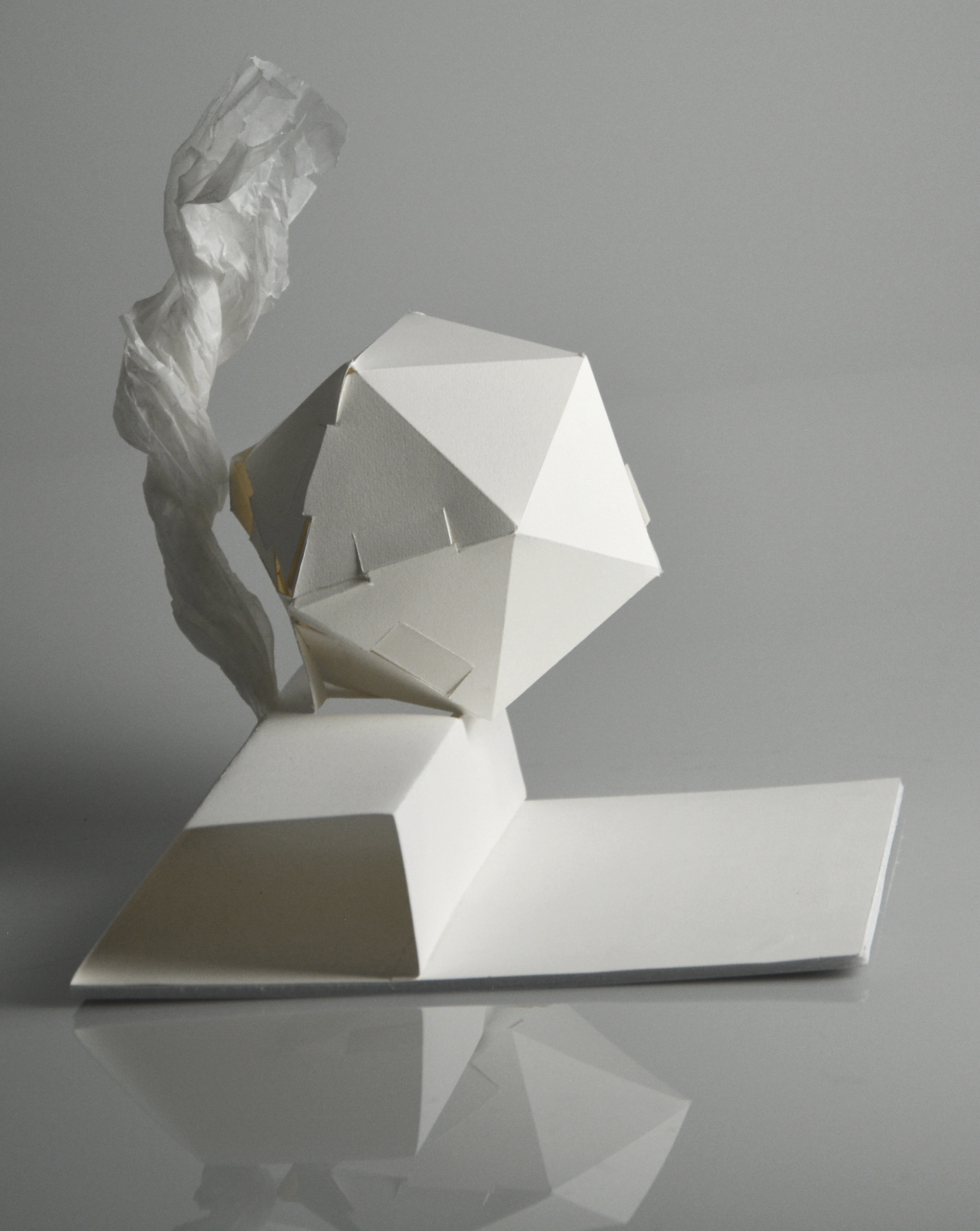 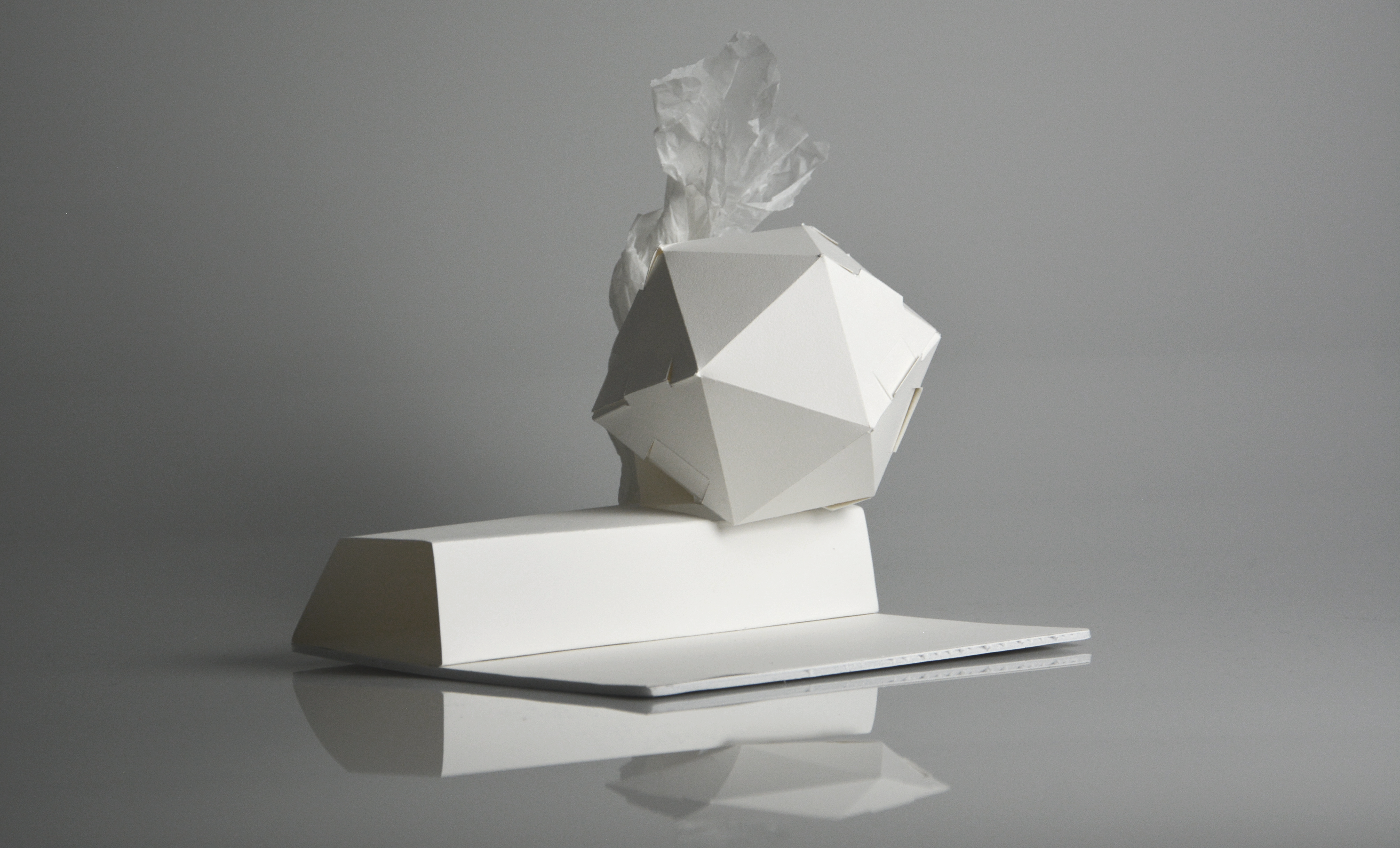 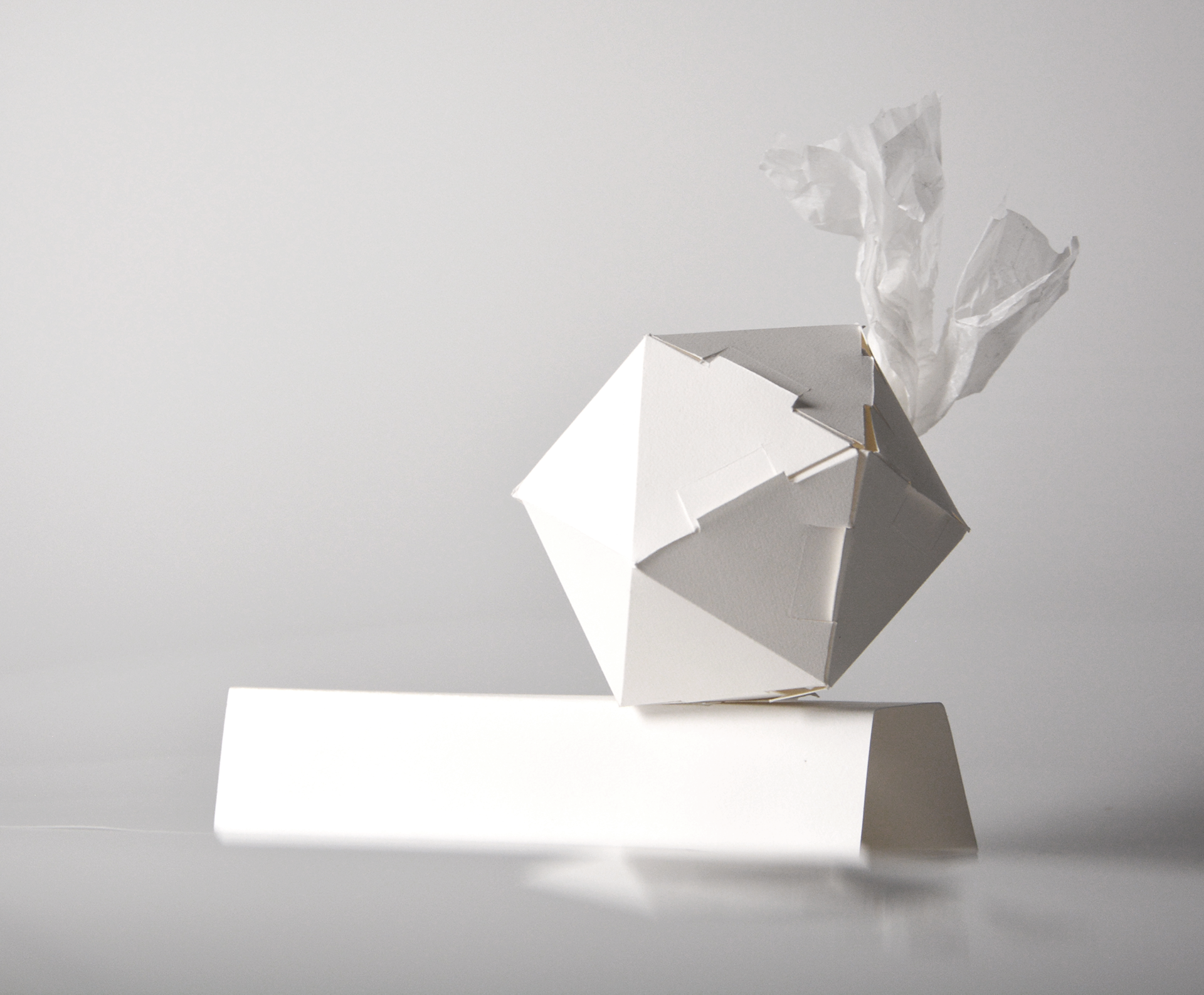 If you are interested in creating your own packaging, I highly recommend Paul Jackson's Structural Packaging: Design your own Boxes and 3D Forms. It was immensely helpful in constructing this piece.

The Deck of Many Monsters